I (Leonel Merino) was happy to attend the VISSOFT conference in Shanghai from 18-19 September 2017. This year there were nine full technical papers, six tool demo (TD) papers, and four new ideas and emerging results (NIER) papers.

There were two keynotes during the conference. The first by Stephen Reiss entitled “Visualization in Code Bubbles: A Perspective and Look Ahead” presented his contributions to the software visualization domain over the last two decades. Amongst others, he described his work with Code Bubbles —a visual programming interface, in which pieces of code are encapsulated in bubbles that can be linked, and reused across the application to compose various functionalities. He spiced-up his presentation with provocative statements such as that software visualization is a failure since most IDEs are mostly text-based, but he also explained that visualization is constantly used in IDEs in the form of navigation widgets, word-sized charts and graphs. The take home message of his presentation was 1) visualization should focus on displaying the data, 2) users do not have time to find insights, they need quick answers, and 3) simpler visualization techniques work better. The second day Shixia Liu presented “Interactive Model Analysis”, in which she uses visual analytics for supporting interactive machine learning. She elaborated on her work for enabling human users to understand and diagnose machine learning models. 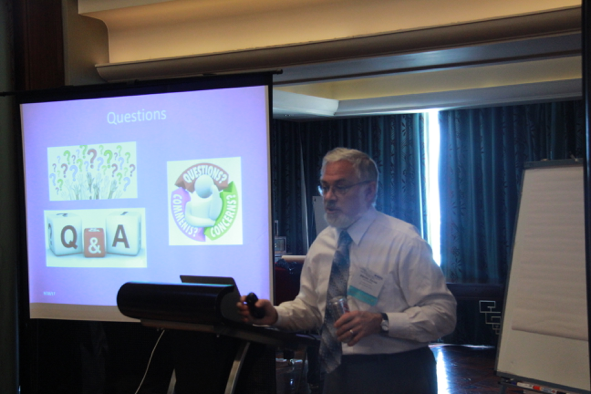 Steve Reiss, keynote, Visualization in Code Bubbles: A Perspective and Look Ahead.

During the conference, there were presented several interesting papers. To name a few, “iTraceVis” [1] that describes visualization of analyze source code reading based on eye tracking technology. A tool demo paper [2] that proposed a chat-based interface for the interactive visualization of software artifacts. The “Method Execution Reports” full paper [3] for automating the documentation of method execution. And, the “SoL Mantra” tool demo paper [4] that proposed a solar metaphor for identifying libraries update opportunities. 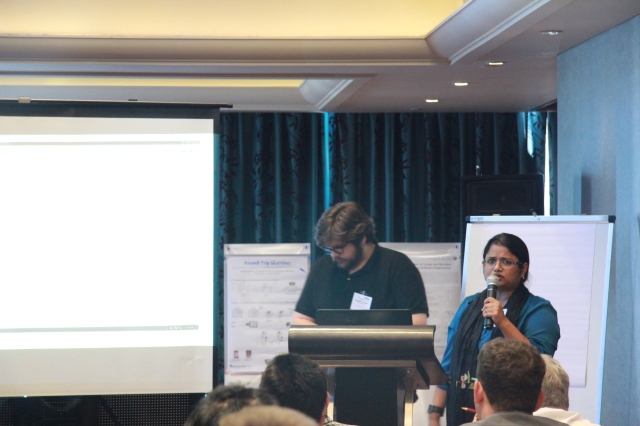 Besides our paper [5] that focuses on the evaluation of the impact of the medium in the effectiveness of 3D software visualization, there were several others papers that focused in 3D visualization techniques. One [6] that presented an animated 3D software city for analyzing real-time performance. One tool demonstration [7] that used an Oculus Rift device for displaying the visualization of the components of OSGi-based applications. One full paper that presented the Code Park tool [8], which uses virtual reality displayed in a computer screen for source code reading. And the Getaviz tool demo paper [9] that described support for automating some laborious tasks when conducting empirical evaluations of software visualizations.

Medium in the effectiveness of 3D software visualization, Leonel Merino. 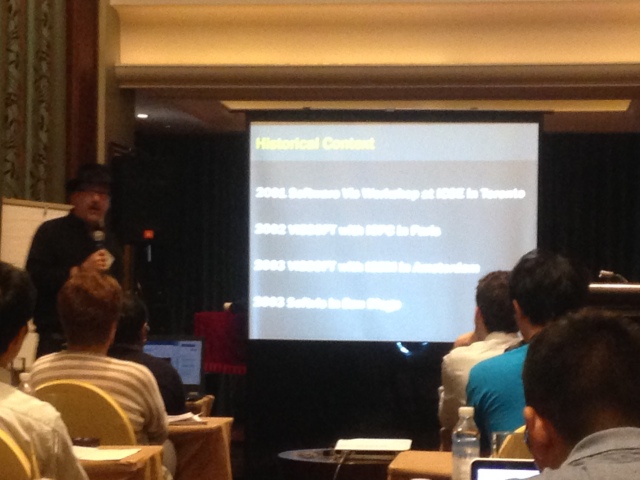 Most influential paper, A task oriented view of software visualization.

The conference ended with an open steering committee election, in which were elected three new members: Bonita Sharif, Andrea Mocci, and Ivan Beschastnikh.

All in all, I had a great time attending the talks, meeting new people and demoing CityVR [12] during the demo session (though I formally presented the tool in the ICSME conference a few days after VISSOFT). I liked the fact that VISSOFT is a rather small conference that facilitates to engage in interesting discussions. I look forward to attend the next version of the conference in Madrid! 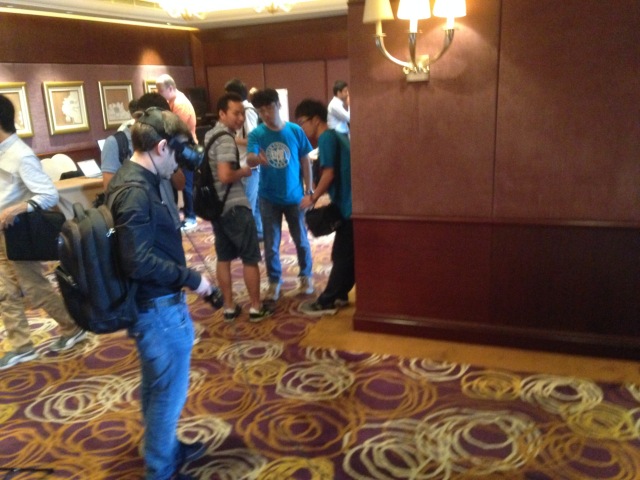 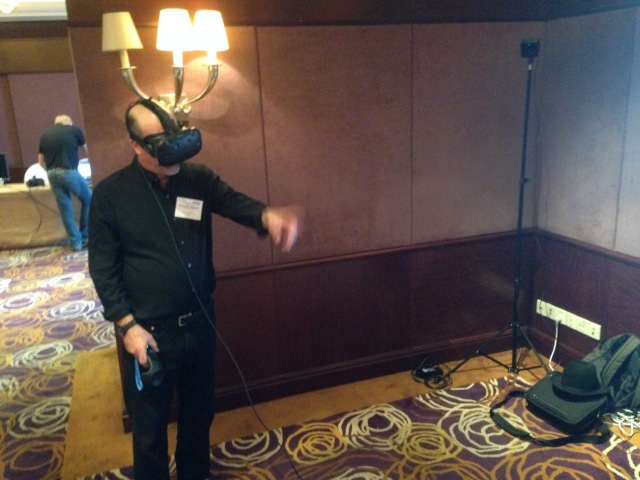 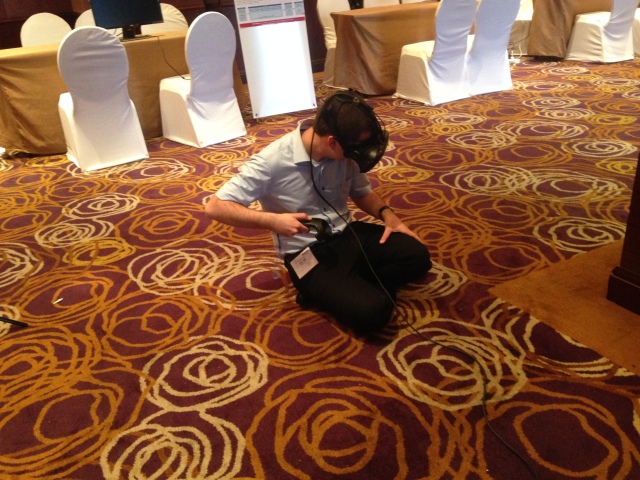 Craig Anslow is a Lecturer in Software Engineering at Victoria University of Wellington, New Zealand, with research interests in software visualization.
View all posts by Craig Anslow →
This entry was posted in Conferences and tagged 2017, softvis, vissoft. Bookmark the permalink.